Cartoons and other popular art forms such as comic strips and animation can sometimes be more powerful than words in conveying messages. They go beyond just giving information. By reflecting on popular
contemporary ideas, cartoons elicit emotions that encourage interest, inquiry, and empathy. Readers are attracted to cartoons because of its subtle humor and ability to communicate several messages in a visual and simple way. ISAAA's fourth and newest monograph in its Biotech Communication Series titled "Science and Popular Media: How Cartoonists Visualize Crop Biotechnology" explores cartoons and how they are used in communicating science.

Studies have shown that the mass media is the most frequently used source of information on science and technology. Reporters and cartoonists interpret events and societal concerns which may border on perception and perceived reality. These symbolic representations contribute to the formation of public opinion. It is important therefore to understand how media “defines” biotechnology as it contributes to informal learning and decision making.

The value of cartoons lies in the fact that public perception is often defined by a visual image. For example, the visual portrayal of “scientist” is often a detached, impersonal character in white lab coat and eyeglasses or stereotyped as having powers to wreak havoc on mankind. Neither of these two stereotypes is accurate but the general images are what the public sees and ascribes to the word “scientist”. On the other hand, cartoons can be effective channels in science education. A novel tool in science communication is the combination of caricature and satire in presenting science concepts. Cartoons are able to humor and at the same time convey scientific information in a simple, understandable, and interesting manner.

ISAAA conducted an online and manual search of articles on biotechnology from 2000 to 2009 to determine Philippine media coverage. From a list of 1,355 articles collected from three national newspapers, a sample set of 22 cartoon illustrations or editorial cartoons was evaluated in terms of message, tone, and use of framing device, characters, and visual metaphors.

While the Manila Bulletin and Philippine Star accounted for about 70% for all newspaper articles on crop
biotechnology, about 59% of cartoons were generated by at least five artists of the Philippine Daily Inquirer (PDI). The cartoons provided the visual counterpart to the text in the absence of photos. The PDI had the only female artist among the 11 cartoonists, however, she was responsible for contributing the most number of cartoons for the period. Four of the identified cartoonists were senior artists who also did the editorial cartoons of their respective newspapers or had regular individual comic strips.

In 2011, ISAAA and the SEAMEO Southeast Asian Regional Center for Graduate Study and Research in Agriculture (SEARCA)-Biotechnology Information Center organized BiotechToons, a contest for cartoonists on biotechnology, in collaboration with the Philippine International Cartoons, Comics, and Animation, (PICCA), Inc. When provided with science-based resources in media and expert formats, cartoonists were able to provide a broader perspective or more substantive overview of the technology.

The use of cartoons in the popularization of science and technology in general and biotechnology in particular is a continuing activity. The BiotechToons exhibit is shown during events sponsored by academic institutions and research and development agencies. Biotech cartoons are used in publications, story boards, workshop presentations as well as in designs for institutional giveaways. Aside from the Philippines, other countries within the ISAAA biotech information network such as China, Kenya, and India are using different cartoon formats to help popularize crop biotechnology concepts and issues.

Biotech sQuizBox
Biotech sQuizBox is an accordion-type cartoon publication that aims to inform secondary school students about crop biotechnology. One side of the booklet contains snippets of basic information about the history, development, and benefits of biotech crops. The other side of the booklet challenges the readers to answer exciting quizzes to further understand the subject matter. The activities include DNA extraction exercise, scientist appreciation activity, puzzles, and word problem, which can be done individually or as a group in science classes.


Mandy and Fanny
Biotechnology Information Centers (BICS) are also using cartoons in their public awareness activities. India BIC developed a 60-page educational publication Mandy and Fanny: The Future of Sustainable Agriculture, a tale of two biotech crops (Mandy as corn and Fanny as cotton). The cartoon characters discuss the attributes of biotech/genetically modified (GM) crops, and how they are gaining rapid adoption, increasing income and creating an impact on millions of farmers and consumers worldwide. Inspired by the cartoon book developed by India, the BIC in East and Central Africa produced its own version entitled Adventures of Mandy and Fanny in Kenya. It narrates the story of the maize and cotton characters that take an educational tour in the country and interact with major stakeholders (government representatives, politicians and opinion leaders, journalists, farmers and consumers). During the tour, they give insights on biotechnology and its benefits and correct misconceptions.

Lele, Dodo, and Mimi
China BIC also uses cartoons in their story boards to introduce principles, applications, safety assessment, benefits and related issues on genetic modification. These story boards are used during the Biotechnology into Campus series, where students learn in a fun way through games, plays, and story telling. Three key biotech crops in China are portrayed by Dodo (cotton), Lele (corn), and Mimi (rice). 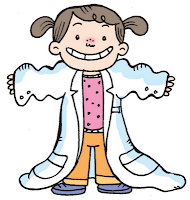 Symbols, icons, lines, and words – these are the codes and tools that cartoonists use to simplify complex messages and transform multiple concepts into condensed ideas. Within a small space, visual metaphors masked through humor, wit, satire, and exaggeration enable a community of readers to share common concerns, values, beliefs, and aspirations. Cartoons as a popular art form can contribute to greater awareness and understanding of the technology through the use of images that the public can relate to. These visual media can be a springboard into a transparent debate and discussion on a technology that has benefits just waiting to be tapped. By providing science-based information to cartoonists, particularly those in the mass media, these visual communicators can play an important role in making this possible.

More details on the above topics are included in the monograph, available to view online and download at http://www.isaaa.org/resources/publications/science_and_popular_media_how_cartoonists_visualize_crop_biotechnology/download/default.asp.

ISAAA's Biotech Communication Series and other information resources are all available for free at http://www.isaaa.org/resources/publications/default.asp.

Religious scholars have a tremendous potential in helping the public towards understanding biotechnology. In most countries, religious scholars have great public trust and considered as credible sources of information during time of crisis or when emerging technologies start to have impact on everyday life. Mosques and churches often become platforms for discussion and deliberation of such issues. Religious scholars are also often consulted by the government on issues related to bioethics and halal status of biotechnology products.

A workshop was organized with a focus on agribiotechnology and Muslim scholars to begin engagement of religious scholars with modern biotechnology. With being a predominantly Muslim country, and with Shariah law governing the life of every Muslim, this was an obvious choice. All Muslim countries are far from being self-sufficient in terms of food production. Being net importers of food and with the yearly increase in the cultivation of genetically modified (GM) crops, the halal status of foods from GM crops becomes a topical issue. A record of 15.4 million farmers in 29 countries planted GM crops on 148 million hectares of land. The four main crops are soybean, cotton, canola and corn. These four crops give rise to hundreds of products that are used in almost every food consumed daily. Therefore, there is a strong and valid need to evaluate the halal status of products that comes from GM technology. The scientists involved in agricultural biotechnology too, have to understand the concerns and needs of the Muslim community who make up more than 20 per cent of the global population.

Religious scholars and Muslim scientists from , , , , , , and the converged to discuss agribiotechnology and its permissibility in Islam in , on December 1 and 2, 2010. High level discussion on the technicality of recombinant technology and principles of shariah took place which resulted in the adoption of a resolution that states the halal status of GM products, the need for modern biotechnology in the Muslim world and the obligation of Muslim community in harnessing this beneficial technology.

Malaysia Biotechnology Information Center (MABIC), the International Halal Integrity Alliance (IHIA), and ISAAA co-organized the international workshop with a focus on alleviating the existing food problems and poverty. The International Workshop of Islamic Scholars and Experts in Modern Biotechnolgy on “Agri-biotechnology: Shariah Compliance” agreed upon the following resolutions: 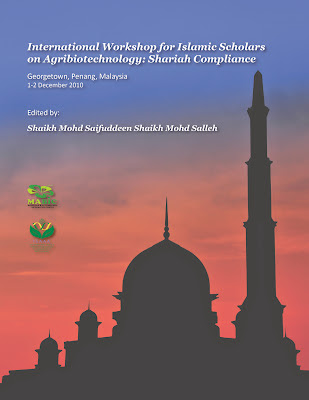 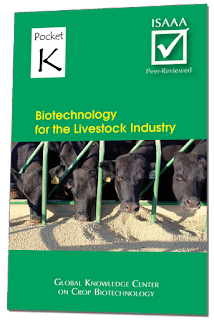 Pockets of Knowledge (Pocket Ks) are packaged information on biotechnologies in easy to understand style and format that is easily shared and distributed. Previous topics include, among others, genetic engineering and GM crops, functional foods and biotechnology, RNAi for crop improvement, marker-free GM plants, and nanotechnology in agriculture.

Pocket K 40 is now available at the ISAAA website at http://www.isaaa.org/resources/publications/pocketk/40/default.asp.