ISAAA presents the top 10 trending news on crop biotech based on the most number of Facebook shares from the website, providing insight into what people find interesting about biotech in 2015.

News such as farmers approval of GM crops, research advancements, GMO safety, biotech event approvals, and beauty queens made it to the list. So sit back and read these fascinating stories that you might have missed.

A biotechnology residential internship for Miss Uganda, together with nine other regional queens was held at the National Crops Resources Research Institute on March 9-12, 2015. The beauty queens were trained on the basics of modern agricultural biotechnology and science communication. Read more. 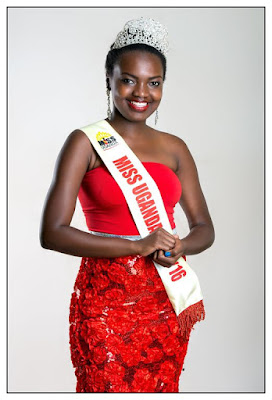 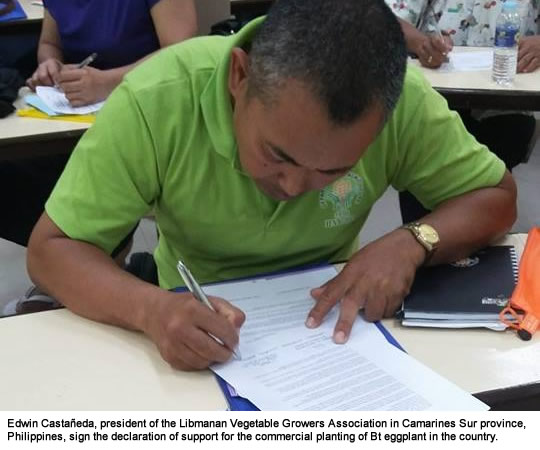 Around 100 farmers from different towns in the province of Camarines Sur, Philippines, as well as local agriculture officers, faculty, students, and staff of the Central Bicol State University of Agriculture (CBSUA) were enlightened on the science, safety, and potential benefits of the fruit and shoot borer resistant Bt eggplant developed by the University of the Philippines Los Baños (UPLB) during the Public Dialogue on Bt Eggplant held on March 27, 2015 at CBSUA, Pili, Camarines Sur. Read more.

4. SCIENTISTS EXPLAIN WHY PEOPLE ARE DRAWN TO OPPOSE GMOS

Why does opposition to biotechnology continue to spread? This was answered by Belgian philosophers and plant biotechnologists from Ghent University using cognitive science in their paper published in Trends in Plant Science. Read more. 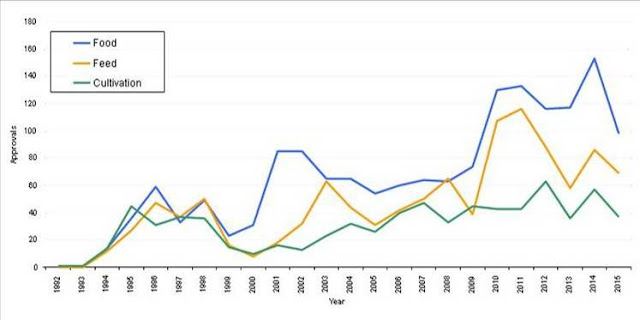 ISAAA conducted a study on the trends and factors that affect GM approvals in the last 23 years (1992-2014). The study also provides the rationale for factors affecting approvals, and their implications in GM crop adoption. The results of the study are published in GM Crops and Food. Read more. 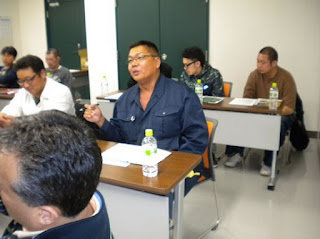 Some 50 farmers in the Japanese cities of Iwamizawa and Kitami in the island of Hokkaido signed a petition to support biotech/GM crops, their field trials, and cultivation, in two separate fora on March 26 and 27, respectively. Read more.

7. KENYAN FARMERS CALL ON THE GOV'T TO ALLOW GM PRODUCTS

Farmers from Kilifi County in the northern part of Kenya have voiced their support for agri-biotech and called on the government to lift the ban on GMOs so as to allow them access to products of modern biotechnology. Read more.

8. CERTIFIED GM FOODS IN CHINA SAFE, ACCORDING TO THE MINISTRY OF AGRICULTURE

The Ministry of Agriculture of China through its website has issued a statement saying that all certified genetically modified foods that are sold on the Chinese market are safe. Read more.

Researchers from the University of Florida have developed genetically modified citrus trees with enhanced resistance to greening, which has the potential to resist canker and black spot. Read more.


Never miss the latest news on agri-biotechnology in 2016. Get FREE Crop Biotech Update subscription now! Go to www.isaaa.org/subscribe.
Posted by ISAAA at 5:00 PM No comments: