The world is different today than how it was 17 years ago. Seventeen years ago, there were only 5.8 billion people in the world (The World Bank). Today, the world’s population has grown to more than 7 billion (Population Reference Bureau), and is estimated to be at a staggering 8 billion by 2030, or 17 years from now. Today, the world has more to feed, clothe, and shelter. Doing this on limited and decreasing resources and inputs is an insurmountable task – a challenge that has been met with a variety of options, including biotech crop technology. 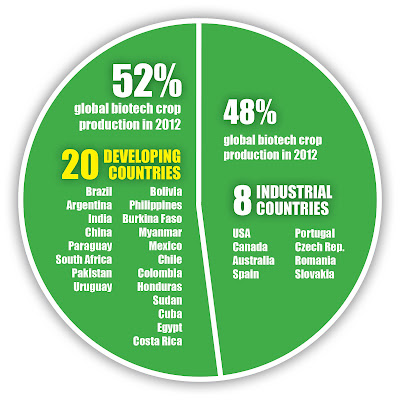 From 1996 to 2012, millions of farmers in almost 30 countries worldwide made the decision to plant and replant biotech crops at an accumulated hectarage of more than 1.5 billion hectares. In 2012 alone, 17.3 million farmers grew biotech crops, up by 0.6 million from 2011, of which more than 90% or over 15 million are small, resource-poor farmers in developing countries.

Two new countries, both developing, planted biotech crops for the first time last year. Sudan planted Bt cotton, while Cuba grew Bt maize. Sudan is the fourth country in Africa to plant a biotech crop after South Africa, Burkina Faso, and Egypt. About 10,000 farmers were the initial beneficiaries of the technology who have an average of 1-2.5 hectares of land. In a similar development in Latin America, Cuba became the 11th Latin American country to plant biotech crops. For the first time, Cuban farmers grew 3,000 hectares of hybrid Bt maize commercially. 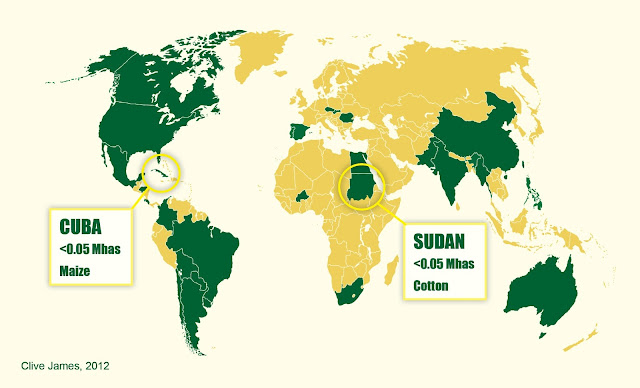 Despite the enormous leap in biotech crop production of developing countries, the USA remained and continued its leadership in producing biotech crops in 2012 with 69.5 million hectares, an average adoption rate of ~90% across all biotech crops. Since 2006, the USA has planted eight biotech crops, namely: maize, soybean, cotton, canola, sugarbeet, alfalfa, papaya, and squash. 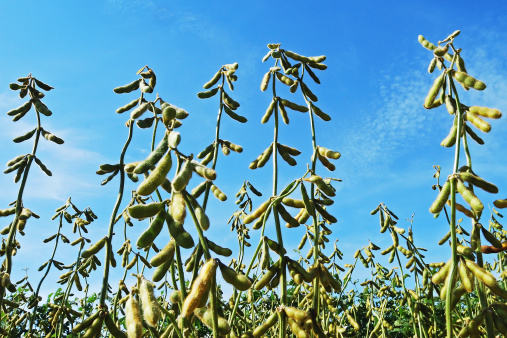 According to Clive James, the growth seen in global production of biotech crops is “contrary to the prediction of critics, who prior to the commercialization of the technology in 1996 prematurely declared that biotech crops were only for industrial countries, and would never be accepted and adopted by developing countries.” He added that risk-averse farmers put their trust and confidence in biotechnology because biotech crops deliver substantial, sustainable, socio-economic and environmental benefits.

Biotech crops adoption from 1996 to 2011 has contributed to food security, sustainability and climate by increasing crop production valued at US$98.2 billion; providing a better environment by saving 473 million kg a.i. of pesticides; in 2011 alone, reducing CO2 emissions by 23 billion kg, equivalent to taking 10.2 million cars off the road; conserving biodiversity by saving 108.7 million hectares of land; and helping poverty alleviation by helping more than 15 million small, resource-poor farmers and their families, totaling more than 50 million people who are some of the poorest in the world.

The near-term looks encouraging with new improved crops such as the first biotech drought tolerant maize approved for planting in the USA in 2013 and also the first planting of the stacked soybean in Brazil and neighboring countries in South America in 2013. Vitamin A enhanced Golden rice could be released in the Philippines by 2013/2014, subject to regulatory approval. Going forward, global growth of biotech crop hectares is likely to be more modest due to the already high rate of adoption in all the principal crops in mature markets in both developing and industrial countries, the author said.

For more information about ISAAA, the Global Status of Commercialized Biotech/GM Crops Briefs, and other information resources, visit the ISAAA website at http://www.isaaa.org/.