The latest ISAAA report, 20th Anniversary (1996 to 2015) of the Global Commercialization of Biotech Crops and Biotech Crop Highlights in 2015 (ISAAA Brief 51), has reached about 4.27 billion individuals all over the world through news reports and social media posts. This is the highest media impressions recorded for any ISAAA Brief for the time period of two months since launch. 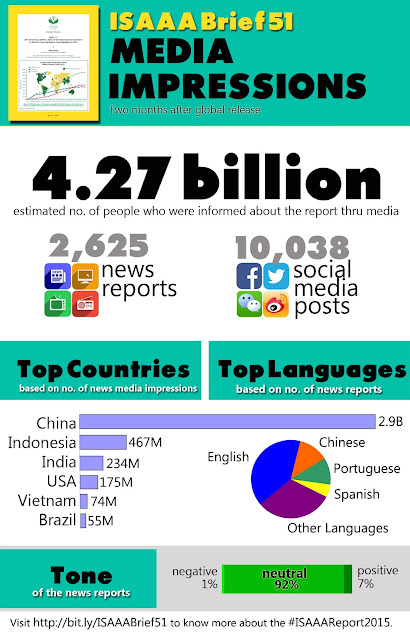 ISAAA Brief 51 was first launched in in April, catching the interest of the Chinese media. Thus, it has reached 2.9 billion people in alone. Individuals from other developing countries such as , , , and also showed high interest on the ISAAA report. The New York Times and USA Today published articles about the report which were shared over 3,000 times in Facebook and Twitter.

Aside from English, a significant number of articles were written in other major languages such as Chinese, Portuguese, and Spanish. Majority of the articles (92%) were written in neutral tone.

The news reports and social media posts are gathered by ISAAA staff, partners, and PR agencies. 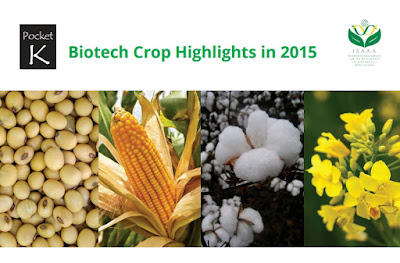 The other Brief 51 materials are also available in different languages: