Clive James and ISAAA: Top Sources of Info on Biotech in the Philippines


News writers often solicit supporting information about their stories from various sources through interviews or readily-available references. The “voices” behind the stories usually have an impact on how stories are told.


The study Seventeen Years of Media Reportage of Modern Biotechnology in the Philippines, published in the April 2017 issue of the Philippine Journal of Crop Science, reported that Dr. Clive James, the Founder and Emeritus Chair of ISAAA, is the top source of information on biotechnology by news writers. The study analyzed articles reporting on modern agri-biotechnology that were released in major Philippine newspapers including Manila Bulletin, Philippine Star, Philippine Daily Inquirer and Business Mirror (for 2010-2016 only).


The researchers listed the sources of information cited in each of the 2,219 articles on biotechnology released from 2000 to 2016. Each of the sources were categorized as government source, environmental group, international organization, R&D institution, private industry company, and others.


In the first 10 years of biotech reporting from 2000-2009, most of the sources of information were from government agencies/representatives (37%), followed by environmental groups (22%), and international organizations (16%). The second part of the study (2010-2016) revealed that government sources remained on top (37%), followed by international organizations (23%), and environmental groups (17%). Though most of the sources were from the government, there were numerous personalities and agencies mentioned. For instance, in the last 7 years (2010-2016), there were about 547 different information sources cited and none of which were individually mentioned more than 33 times. 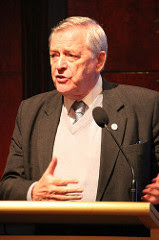 The most frequently mentioned source during that time period of seven years was the world-renowned biotech expert, Dr. Clive James (33 times) and the organization he founded, ISAAA (31 times). The articles citing Dr. James and ISAAA usually quoted details from their annual report on global adoption of biotech crops. In 2016 alone, the ISAAA report titled 20th Anniversary (1996 to 2015) of the Global Commercialization of Biotech Crops and Biotech Crop Highlights in 2015 (ISAAA Brief 51) was mentioned in 2,843 articles worldwide including top news agencies such as USA Today, New YorkTimes, and  Financial Times, reaching 4.45 billion media impressions. Being the top source of information in the Philippine newspapers imply that several writers perceive that Dr. James and ISAAA are credible sources of information, particularly on biotech crop adoption and its benefits.


Daniel Ocampo, who used to work as Sustainable Agriculture Campaigner of Greenpeace Southeast Asia, was mentioned 28 times in the articles. He was one of the activists that uprooted the Bt eggplant on field trial at the University of the Philippine Los Baños (UPLB) in 2011. 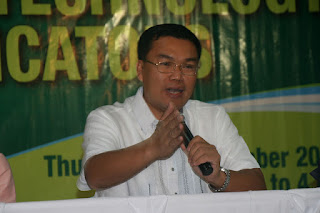 The top government officials quoted in the articles were Proceso Alcala (mentioned 26 times), who was the Department of Agriculture (DA) Secretary from 2010-2016; and Dr. Antonio Alfonso (mentioned 24 times), a plant scientist and Director of the DA Biotechnology Program Office from 2013 to 2015.

The other sources of information mentioned over 10 times from 2010 to 2016 were:


Out of the top 16 sources of information, there were only three persons/groups that were categorized as belonging to environmental/civil society groups. Mostly were scientists and government officials.


Through the years, the prominent role of “authoritative voices” such as researchers and government representatives was demonstrated along with lesser use of technology critics as information sources. Apart from the government agencies and research institutions, international organizations such as ISAAA are now seen as credible sources of information on biotechnology because they promote themes that are more encompassing in nature such as “rural development, sustainable agriculture, food security.” They also usually portray a more balanced stance than the campaigns of private companies and environmental groups.

ISAAA. 2017. From Fear to Facts: 17 Years of Agri-biotech Reporting in the Philippines (2000-2016). http://isaaa.org/resources/publications/fromfeartofacts/download/From_Fear_to_Facts.pdf.
Posted by ISAAA at 11:27 AM No comments: