Join the Conversation on Biotech

Trending News on Crop Biotech in 2017


Did you know that scientists have designed rice plants that can flower on demand? How about the study on rice enriched with antioxidant resveratrol? These are just some of the interesting news on crop biotech in 2017.

We summarized the top 10 most trending Crop Biotech Update news shared on Facebook to give you a glimpse of crop biotech happenings last year. Read on and make sure you don't miss which news made it to the number one spot.

10. EU COURT RULES THAT PREJUDICES ON GMOS ARE UNFOUNDED 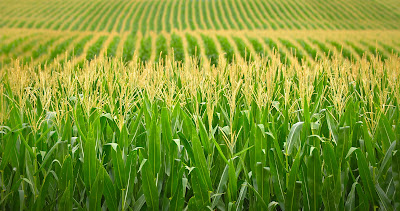 "Do we really wish to have a science-based society or should we let ourselves be governed by prejudices and misconceptions?" ask Roberto Defez, a molecular microbiologist at the Italian National Research Council, and Dennis Eriksson, a researcher at the Swedish University of Agricultural Sciences. They asked this question in their article in Euractiv, which was published after the EU court ruled that prejudices on GM foods are unfounded.
9. HELSINKI AND CAIRO UNIVERSITIES COLLABORATE TO ADVANCE SCIENCE 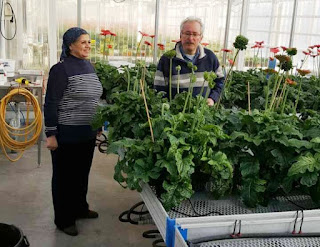 A science exchange program was held in February 2017 between Cairo University, Egypt and Helsinki University in Finland. Prof. Naglaa Abdallah of Cairo University and director of Egyptian Biotechnology Information Center (EBIC) participated in the event. 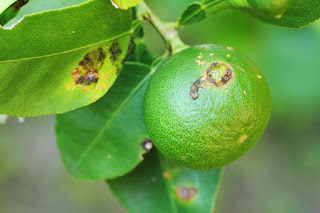 Researchers from Chinese Academy of Agricultural Sciences and National Center for Citrus Variety Improvement and Southwest University in China report the improvement of citrus canker resistance through CRISPR-Cas9. The researchers performed targeted editing of host disease-susceptibility gene CsLOB1 promoter in citrus, which led to mutation lines with enhanced resistance to citrus canker compared to wild types. 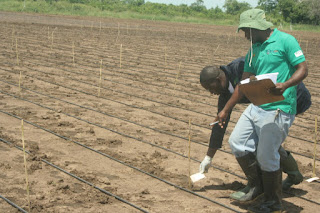 Mozambique has planted the first field trial of genetically modified (GM) maize in the Chokwe District of Gaza Province as part of the Water Efficient Maize for Africa (WEMA) program. The trial will test the tolerance of GM maize to drought and insect pests. 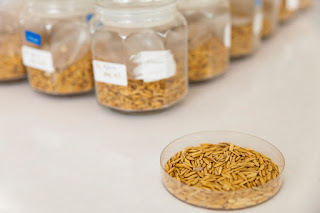 Scientists from France and the U.K. reviewed 52 articles and found that most of the applications of CRISPR in crops were to improve the yield performance of the crops, as well as to improve the nutrient content (biofortification) and the tolerance to abiotic and biotic stresses. 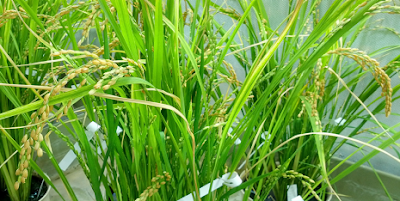 A group of researchers from ETH Zürich genetically modified rice that not only has increased levels of the micronutrients iron and zinc in the grains, but also produces beta-carotene, a precursor of vitamin A. The new multi-nutrient rice lines are still being tested in the greenhouse and analyzed for their micronutrient content. 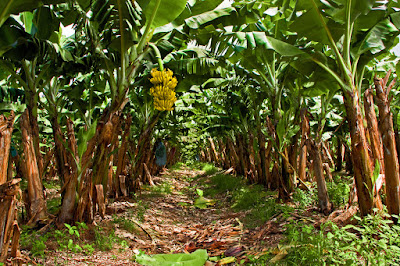 A study conducted by researchers from the National Agri-Food Biotechnology Institute in India demonstrated that genome editing through CRISPR-Cas9 can be applied for banana genome modification.They tested this concept by performing mutation in genes involved in an enzyme activity. The decrease in chlorophyll contents exhibited by mutant plants implies that the function of the genes were disrupted. 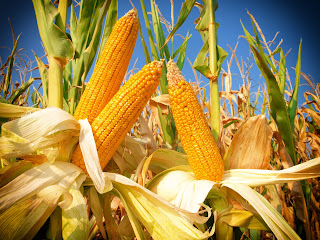 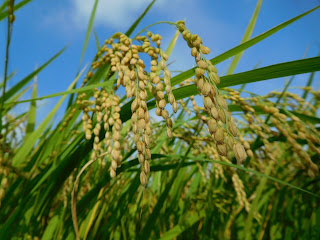 Incheon National University scientists developed resveratrol-enriched rice with herbicide resistance (RR) and analyzed the metabolic changes that occurred. Analyses revealed that there were no significant differences in the biochemical structures of RR compared with the non-RR plants. The results also showed that herbicide treatment did not affect the chemical composition of RR. 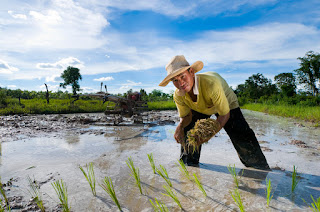 University of Tokyo researchers developed genetically engineered rice that does not flower until it comes in contact with a specific fungicide. The results of the study can lead to the development of crops that can grow in different climate types and facilitate breeding for different agronomical characteristics.

Science news writers usually define technical terms to make the readers understand the content of their articles. The choice of words, as well as definition of concepts, often has influence on how audiences respond to biotech stories.

The study Seventeen Years of Media Reportage of Modern Biotechnology in the Philippines, published in the April 2017 issue of the Philippine Journal of Crop Science, found that Filipino news writers define modern biotechnology differently, but most of them do not define it at all.

The first set of data covering 2000-2009 (10 years) showed that out of the 1,355 articles published during that time period, only 17% or 231 articles contain explanations of the term biotechnology. Of this percentage, most of the definitions were simplified (155 articles), and a few (76 articles) used scientific definitions.

For the second period of analysis covering 2010-2016, only 30 (1%) of the 864 articles contained definitions of biotechnology. The decline in the percentage of articles containing definitions of biotechnology may imply that the writers assume that the readers already understand the concept. Of the 30 articles, 47% used popularized definitions, with simplified terms to explain the technology. Another 47% mentioned technical terms such as recombinant DNA technology and gene splicing. The remaining 6% had definitions with negative implications such as “dangerous”, “creating disorders such as autoimmune disease, allergies, asthma, gastrointestinal disorders, infertility, and organ damage.”

Based on the results of the study, the low number of articles with definitions of biotechnology may indicate that the writers assume that biotechnology is already a general term that do not need much explanation to be grasped by the public. However, it is still recommended that such scientific terms be defined using simple terms to ensure public understanding of biotechnology.