Members of the ISAAA network from 15 countries in Asia, Latin America, and Africa gathered together for an annual meeting at Hilton Garden Inn in Hanoi, Vietnam on March 18-19, 2014. Thirty-eight members of the network attended the meeting to evaluate and discuss discuss their knowledge sharing initiatives on biotechnology. 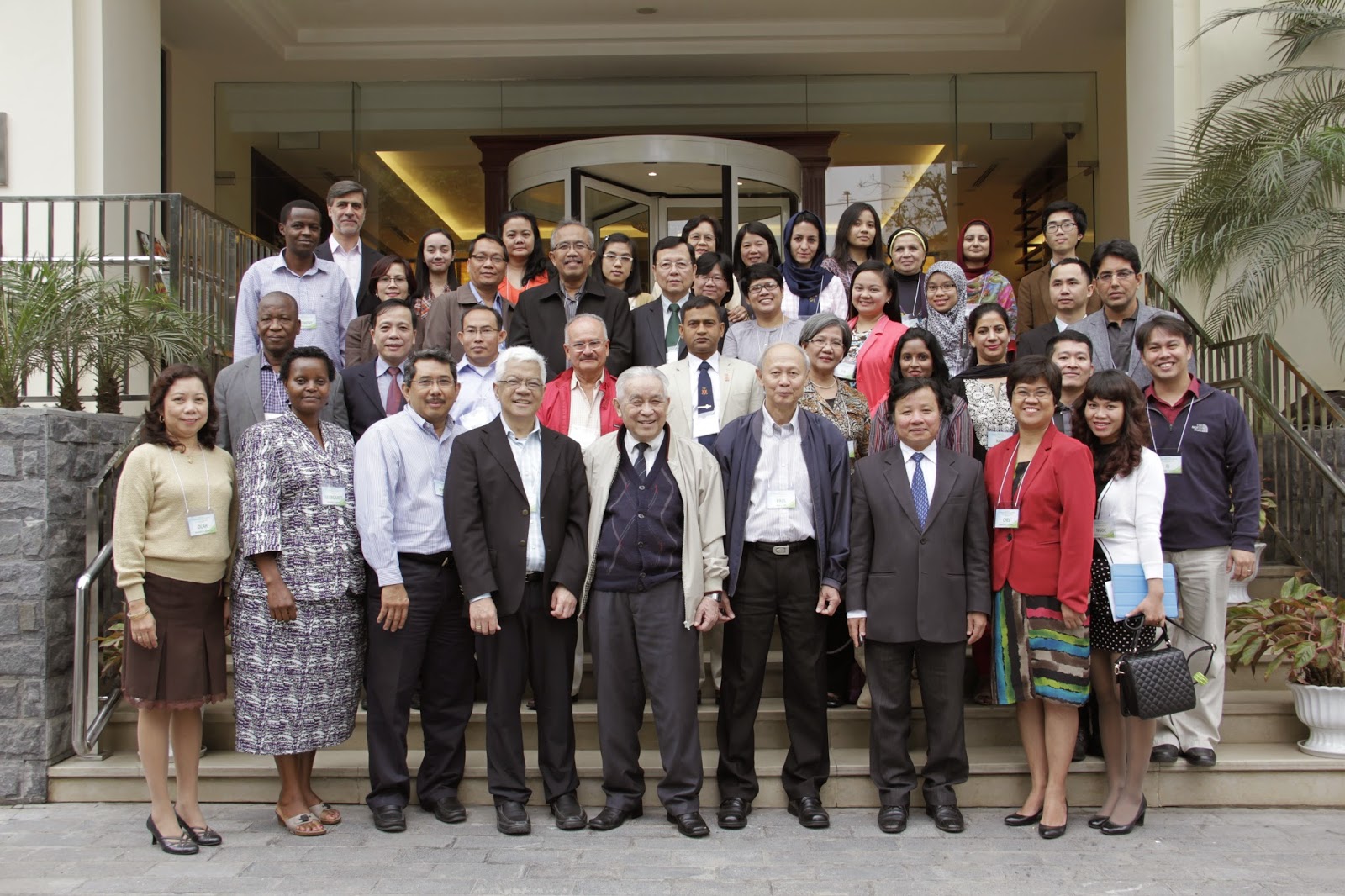 In his welcome message to the group, AgBiotech Vietnam Director Mr. Le Van Tien acknowledged ISAAA as the leading organization sharing knowledge on biotechnology, while Vietnam Institute of Agricultural Genetics Director General Dr. Le Huy Ham said that it is a great experience that representatives of Biotechnology Information Centers (BICs) from different parts of the globe convene to strategize on how facts on biotechnology will move forward to the stakeholders. He added that efforts of the BICs will all lead to a greater impact for the future, especially for Vietnam where food security is at risk due to shortage of land, increasing population, and climate change.

ISAAA Chair Dr. Paul S. Teng facilitated a discussion to synergize the efforts of ISAAA and the BICs to achieve individual and institutional targets. Highlights of research on farmer adoption in Asia, science communication among scientists and academics in Asia, and biotech approvals were also shared with the team. Popular techniques in disseminating information were also discussed during the hands-on workshops on videography and infographics.

For more information about ISAAA, the Global Knowledge Center on Crop Biotechnology and Biotech Information Centers, visit the website at: http://www.isaaa.org/, or follow ISAAA on Facebook (https://www.facebook.com/isaaa.org) and Twitter (https://twitter.com/isaaa_org).
Posted by ISAAA at 4:52 PM