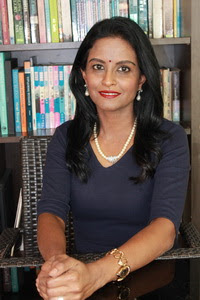 Maha has been instrumental in motivating the ISAAA network of Biotechnology Information Centers through her innovations in communicating the science of biotechnology. The Petri Dish, the only science newspaper in Malaysia, is her brainchild which aims to bring scientific news from academic journals to the public. She also started the first short course on agri-biotechnology, biosafety and communication in Asia to establish institutional memory in this area in Asia for the benefits of Asian regulators and scientists.

"I have been with ISAAA since January 2003 and it has helped me to find my identity and purpose."

Maha holds a BS degree in Microbiology and Biochemistry, an MS in Biotechnology, and PhD in Science Communication at the University of Malaya. She has been with ISAAA through MABIC since 2003 and has been a strong advocate of biotechnology, building capacities and forming networks in different countries all over the world. In 2010, she won The World Academy of Sciences Regional Prize for Public Understanding of Science for East and Southeast Asia and the Pacific region. Scientific American’s WorldView named her as one of the 100 most influential persons in biotech in the world in 2015. In the same year, Biotech Law Report published by Mary Ann Liebert in the USA listed Dr. Arujanan as one of the women in Biotech Law and Regulations. Malaysian Women’s Weekly also listed her as one of the “Great Women of our Time” in their December 2015 issue. She is also currently appointed as the communications specialist for Sri Lanka for the Food and Agriculture Organization on biosafety.

“I have been with ISAAA since January 2003 and it has helped me to find my identity and purpose, just like how ISAAA has changed the lifestyle of millions of farmers in developing countries. Many farmers built proper houses and sent their children to schools and colleges after adopting modern biotechnology and biotech crops. This is the mission we share to make the planet greener while giving the socio-economic benefits to the poorest who feed us and ensuring food security,” says Dr. Arujanan.

Dr. Arujanan will remain based in Kuala Lumpur, Malaysia. Read more about her in this article.
Posted by ISAAA at 9:00 AM